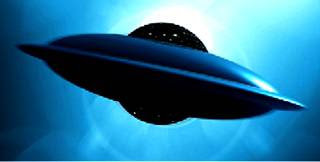 An amazing alien encounter 7 years before either Roswell or Kenneth Arnold's sighting may offer our best chance yet to understand where some UFO's come from and why they are visiting our planet.

For more than two decades, Udo Wartena, a Dutch immigrant living in the Western U.S., kept what had happened to him one spring morning in May 1940 a secret, not even telling his wife. Before dying in 1989 he finally confided in two friends and then wrote the details of his experience down so it would not be lost.

Before we review what took place in this deceptively simple report we must remember that this is an unusually early case in the pre 1947 period, which has yielded only small numbers of UFO sightings worldwide, and almost no cases where the occupants of UFOs were reported.

Let us remember that in 1940, World War II still raged in Europe, the first satellite was still 17 years in the future and the sound barrier had not yet been broken.

Udo Wartena’s experience not only took place in daytime, but involved intimate and open alien contact with a reluctant witness. I have assembled the following from two handwritten accounts and one typewritten account by Udo and from verbal recollections through interviews with the handful of close friends and family members whom he confided in.

Udo's encounter took place mid-morning early in May, 1940 at his mining claim in the forest near the base of Boulder Mountain, a short distance from Canyon Ferry Lake, near the small town of Townsend, southeast of Helena in Montana.

Udo, a 37-year-old miner of Dutch origin was working in the area part-time for the Northwest Mining Company.

During the previous month he had found a glacial deposit at the base of the mountain, which showed indications of gold-bearing ore. He began working the site in his spare time and first cleared an old and neglected ditch, which ran around the mountainside, using it to divert the water he would need in his mining from a nearby stream.

While moving some large boulders, he heard a humming or droning sound, which he first took to be aircraft, which flew over the area occasionally from Great Falls base in the north. At first Udo took little notice of the sound, but when the noise continued he thought that a vehicle had driven up so he climbed up onto higher ground.

A large disc-shaped object, measuring about thirty five feet high and over a hundred feet across, was hovering a short distance away just above the meadow where he had built his dam. Udo described it as like "two soup plates, one inverted over the other" and resembling "stainless steel in color, though not as bright and shiny".

As he stood watching, thinking at first that it was an airship, a circular stairway with a solid bottom forming part of the craft's hull was let down and a man who descended began walking towards him.

"As I was somewhat more than interested," Udo later wrote, "I went to meet him. He stopped when we were ten or twelve feet apart. He was a nice looking man, seemingly about my age. He wore a light gray pair of overalls, a tam (a common term in that period derived from "Tam O 'Shanter" - a circular cap) of the same material on his head and on his feet were slippers or moccasins".

The man came and shook his hand, apologizing that they had not known anyone was in the area, explaining that it was not their custom to interrupt or allow themselves to be seen. "He asked me if it would be alright if they took some water, and as I could not see why not, I said 'sure'. He then gave a signal and a hose or pipe was let down. His English was like mine, but he spoke slowly, as if he were a linguist and had to pick his way."

The man asked Udo what he was doing and this was explained. Udo, asked if he would be interested in coming aboard the ship, went willingly and without any sense of fear. As he got underneath the craft, Udo described the humming as "not loud, though it seemed to go through you"; once inside the ship the noise was hardly noticeable except what came up the stairwell.

"We entered into a room about twelve by sixteen feet, with a close-fitting sliding door on the farther end, indirect lighting near the ceiling and nice upholstered benches around the sides. There was an older man already in the room, plainly dressed, but his hair was snow white. I then noticed that the younger man's hair was also white."

Udo described him as being "young and strong-looking" and having clear, almost translucent skin.

Perhaps this explains the curious fact that Udo seems to have asked their age, even before asking their origin; clearly there was something about their appearance to prompt such an inquiry.

The men answered that one was "about six hundred years old" as we measure time and the other was "over nine hundred years" of age. They informed him that they knew over five hundred languages and were learning ours and improving upon them all the time.

When asked why they wanted to take water from the stream and not the lake, the younger man replied that, "the water was good and was free of algae (as if they had retrieved the same before) and it was convenient".

Many years later Udo indicated to a family member that hydrogen extracted from the water was in fact the fuel source for the craft.

Udo then asked what caused the noise of the craft and was not only shown the mechanism that powered the disc, but also given what appears to be a full and open discussion of the key principle involved, in the following words:"...'as you noticed we are floating above the ground, and though the ground slopes the ship is level. There are in the outside rim, two flywheels, one turning one way and the other in the opposite direction'.

"He explained [that] this gives the ship its own gravitation or rather overcomes the gravitational pull of the Earth and other planets, the sun and stars; and through the pull of the stars and planets...to ride on like you do when you sail on ice.

An interesting analogy. Elsewhere Udo described the 'flywheels' or rings as being about three feet wide and several inches thick, separated by rods turned by motors and next to 'battery of transformer'-like units all around the inside perimeter of the circular ship.

Udo was told that the two revolving rings or wheels developed an electromagnetic force, a term he did not understand at the time and inferred from what he learned that the ability to develop a cheaper and more practical energy source was of the utmost importance to mankind.

He was also told that the craft was able to focus on a distant star and use its energy to draw itself through space at speeds faster than light, quote: "skipping upon the light waves". These 1940 explanations seem remarkably similar to the propulsion method Robert Lazar claimed to have learned while working on alien craft in possession of the U.S. government at 'Area 51' and also sounds very much like some of the theories now being advanced by physicists:...the creation of a local distortion of space-time is expanded behind the spaceship, contracted ahead of it, yielding a hyper surfer like motion faster than the speed of light as seen by observers...

In essence, on the outgoing leg of its journey the spaceship is pushed away from Earth and pulled toward its distant destination by the engineered local expansion of space-time itself.

• Commentary on practical faster-than-light travel as proposed by Miguel Alcubierre, published in Classical and Quantum Gravity, 1994.

Udo then wrote "I then asked them where they got the energy to run such a large ship? They said from the sun and other stars and would store this in batteries, though this was for emergency use only. They carried another source but did not explain this to me..."

Asked where they came from, he was told they lived on a distant planet and gave its name - unfortunately not recorded by Udo - and pointed in its direction. Udo asked what their object was for coming to Earth?

"Well." he said, "as you have noticed, we look pretty much as you do, so we mingle with your people, gather information, leave instructions or give help where needed." Explaining that they were monitoring the progression and retrogression of our societies, the man claimed that they lived among us from time to time, a clear statement indicating long-term covert alien surveillance prior to 1940. Udo wrote that he did not understand what was meant by them "giving help where needed" but he did not feel it proper to ask about it further.

When Udo asked if they knew of Jesus Christ and about religion he was told that they would "like to speak of these things but are unable. We cannot interfere in any way". The area of religion and belief systems was to be the only question the aliens refused to discuss.

During his time on board, Udo was invited to be examined for impurities in his system by an "X-ray like machine" which passed over him. Little was recorded about this examination however and Udo seems to have attached scant importance to it.

While talking with the two men, a light had come on which Udo believed indicated that the water had been taken care of. He mentioned that he felt it was time for him to leave.

The alien's response was to ask if he was interested in going with them, to which Udo responded: " I said that I thought it would be interesting, but felt it would inconvenience too many people. Later, I wondered why I said that".

Some time later, Udo recalled an incident about two years previously where a young man had vanished nearby without a trace, despite days of searching by a sheriff's team. He wondered if the young man had met the same craft and gone with them.

As he started to leave the ship, they suggested to Udo that he "...'tell no-one, as no one would believe me at the time', but in years to come I could tell about this experience. When I walked away from the ship they raised the stairway, and when I got a couple of hundred feet away from the ship I turned around.

"A number [of] more portholes had opened up and though I could not see anyone, I felt sure they could see me, anyway I waved at them. The ship then rose straight up until it cleared the trees, then while circling slightly, it practically rose straight up and in a very short while was completely out of sight.

"As I didn't have a watch, I did not know for sure how long I had been with them, but according to the sun it was around noon, or somewhat around two hours."

Udo later related how some type of "energy" had permeated the area and that he lost his strength for several hours and was unable to walk. When his strength finally returned he went over to where the huge craft had hovered, finding only crushed grass where the stairway had rested. Later, still feeling overwhelmed by his unexpected experience, he walked back to his base camp.

Credits: The Udo Wartena case first came to my attention via a brief summary published in James L. Thompson’s Aliens and UFO’s (Bountiful Utah, Horizon. 1993). In his otherwise unique and insightful book Thompson did not conduct any investigation of this case however and his account of it contained numerous factual errors.
Posted by P. Urial at 8:12 AM